If These Rocks Could Talk 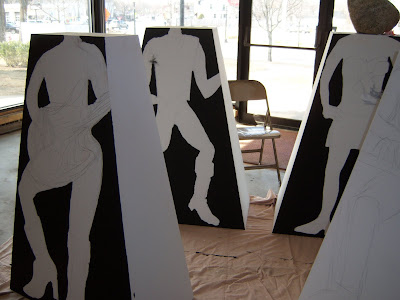 Stones, rocks and boulders - that's what NH is made of. Every gardener knows it's our best crop! So we don't take NH for "granite" and, we think, neither will you after Art Esprit's upcoming "rocking" tour.

Remember how we filled the streets of Rochester with huge shoes? Well it's us again bringing a new exhibit to town.

Art Esprit, a non-profit organization of visual and literary artists, will be exhibiting a temporary art installation for a "rocking" tour in downtown Rochester, NH. Twenty rocks on pedestals will be transformed into works of art including poetry with each piece. The event is free to the public and runs from June 4 until October 17, 2010.
Posted by Marilyn at 3:28 PM No comments:

An Old Lady in a Little Kid Suit 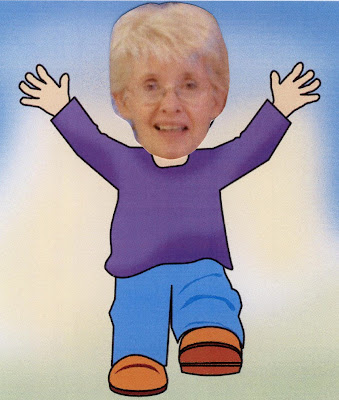 So how do we dress these days - those of us who are over 65? There used to be rules for this stuff. You know, no white shoes after Labor Day, etc. Clothing for those of us at this age used to be dowdy or dignified, maybe even stately. But today a Mickey Mouse tee shirt is not uncommon and then again there is even wrinkled cleavage. Years ago a friend of mine commented that her daughter came home shocked that she had seen a lady's "Cleveland". I assert that such exposure should be confined to Cleveland! At any rate, what do we wear?


There are those who dazzle in artistic finery. But if I showed up in a short leather skirt, everyone would laugh. Then again laughter is a good thing. So maybe it's the inside that is affecting the outside.

I really don't feel old. My 80 year old mother used to say that she thought she could still become a ballet dancer. So it's really not a body image, rather how we think. I do chose color for effect. Pink if I hope people will be kind to me, yellow if I am missing the sun and red to be assertive.


I am enjoying this age. I can flirt without censure; express opinions regardless of how goofy, yet still shovel snow and haul wood. It's a pleasure to surprise someone with odd ball knowledge they never suspected I had.


So perhaps we are getting the clothes we actually need. Like jeans, undershirts and fluffy socks. Now that I'm thinking of it, my mother was always chilly in her beautiful polyester blouses.
Posted by Marilyn at 5:35 PM No comments: 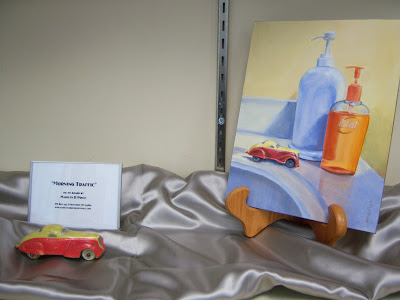 If you were a member of Artesprit, you could take a turn displaying your art work in the tax office. It's a tiny case with two glass shelves so no furniture need apply. Each year I have the opportunity to "dress" the case and live out my desire to work as a display artist.

Years ago I applied to work in Jordan Marsh's Display Department only to be told I needed a degree. So I was relegated to the sales floor. Mrs. Better Dresses and Maternity were quite a bit to live up to for a sixteen year old. But Maternity had a display case. No one seemed to care that I didn't have a degree, so I happily changed the case frequently.

Fast forward to today. For one month a year I can do whatever I want. To flesh out a painting of an old garage I included some of my Dad's oily parts. I've sprinkled stones and leaves, used grass and an old china shoe to augment various paintings.

So please stop by and check out the toy car. I'm doing a series of toy vehicles in domestic settings. 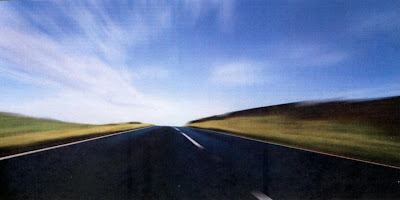 Long distance driving used to be a part of my life. My mind was free to wander as I drove all across the country. So I picked up George Washington. Although we logged many miles together, it was, unfortunately, a one sided relationship. Perhaps it was his teeth that prevented him from participating fully in the conversation. But I was quite willing to do all the talking. He was so impressed with my driving. Asked me repeatedly how I knew where I was going. As the miles rolled by I explained the interstate system to him. He remarked frequently about the quantity of pavement we drove on. I showed him how I could pump diesel and we often dined at truck stops. I could tell he marveled at my abilities. But what about you George? Again he was hesitant to speak so I kept both sides going. 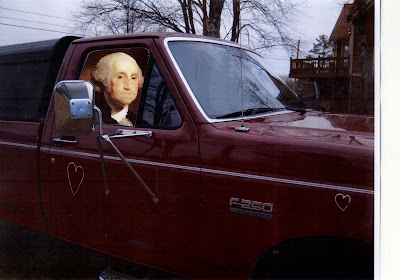 This relationship lasted for years. The odd part was that he never arrived. As I pulled into my destination, he faded away. Waiting, I guess to be resurrected on another trip.

As many long distance relationships will, the thrill was fading. Why wasn't he more forthcoming? More conversational? Well, what did he think? So I bought a paperback history book about the life and times of George. He rode horseback. Well that was cool but it must have taken him a long time to get anywhere. Didn't he think my way was better? Sailing down the highway at high speed surely beat having your horse go lame half way there. But I noticed he was looking at the farm land because he was, after all, a farmer. Maybe he wasn't so impressed after all. I took a good look at George's face. He was actually said. He didn't like moving so fast. On our last trip together he finally told me he was leaving and would be joining the Amish. They traveled at a pace more to his liking. And he admitted he had always been embarrassed at my clothing. It was a bitter pill. 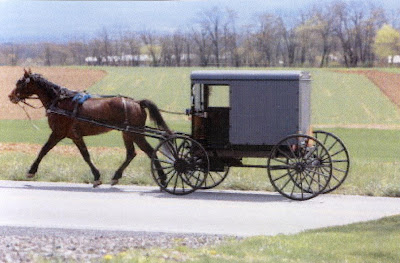 Years have gone by and I see our relationship with different eyes. George was patiently waiting for me to grow up and see him for who he really was.
Posted by Marilyn at 12:14 PM No comments: